Legendary director-producer Vijay Bhatt, the founder of Prakash Pictures, a film production company and Prakash Studios in Mumbai, had launched some of the most illustrious names in Hindi film industry. SMM Ausaja pays tribute to this illustrious filmmaker with a journey through his life and works on his birth anniversary, embellished with a collection of rare pictures courtesy Osianama.

The illustrious life and times of Vijay Bhatt is a man’s kaleidoscopic journey towards achieving his creative nirvana. One is amazed by the hardships he must have encountered to achieve what he did. A railway guard’s son, Bhatt was born in Palitana, Gujarat on May 12, 1907. In his twenties, he moved to Bombay, along with his elder brother Shankarbhai Bhatt. Vijay completed his schooling from St Xavier’s while Shankarbhai took up a job. Keeping his passion for theatre alive, he continued his studies eventually joining Bombay Electric Supply and Tramways Company Limited (BEST) with an electrician’s diploma. At BEST, he lasted till he became the Drawing Office Superintendent. 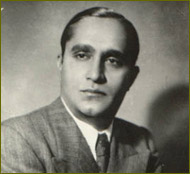 The love for theatre led Vijay to quit the job despite obvious parental resistance. The struggle to survive and find a foothold in showbiz began. A couple of Gujarati theatre scripts penned by him were accepted and successful, but his aim was cinema – though of the silent form in those days. 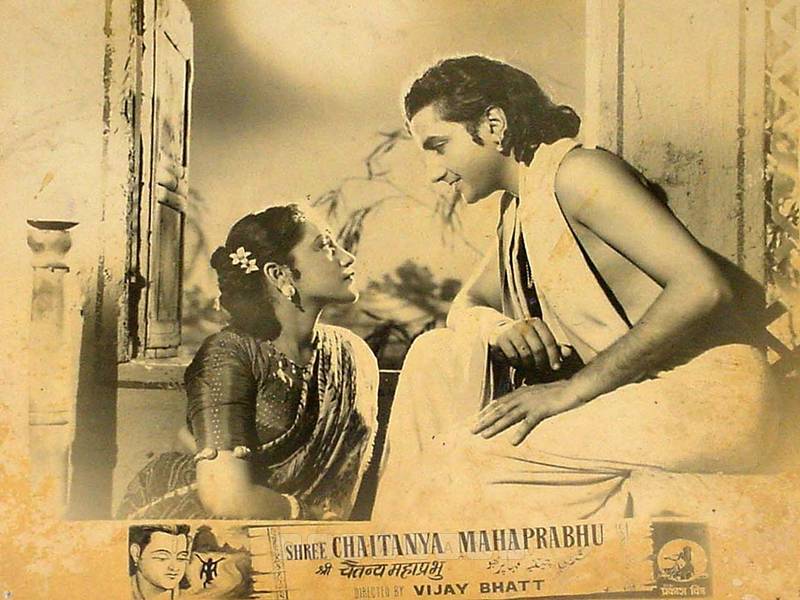 Association with Ardeshir Irani led to two more scripts hitting the screen – Pani Mein Aag and Ghulam (1929) – both produced by Irani. Having gained confidence with some success, the Bhatt brothers launched their own production studio. The Royal Film Company was to produce a series of silent films before releasing their first talkie Arabian Nights (Alif Laila) in 1932, just a year after Irani’s Alam Ara.

Vijay soon acquired a studio at Andheri, named it Prakash Studios and launched the famous Prakash Pictures banner under which some of the greatest films of Hindi cinema were made beginning with Actress in 1934. In Sansar Leela (his first Gujarati talkie), Vijay Bhatt launched Zakaria Khan, christened him Jayant and launched him as the leading man in Bombay Mail (1935), Challenge (1936), His Highness (1937), State Express (1938) and Bijli (1939). (G P Sippy launched Jayant’s son in 1975. He was the iconic Gabbar Singh in Sholay!)

Vijay Bhatt turned director with Dreamland in 1936. The plot was inspired by Hollywood’s The Invisible Man, and required trick photography. A young poster painter, Babhubhai Mistry from the studio was pivotal in assisting for trick scenes. Mistry is now acknowledged as a wizard of special effects in the industry for the six decades before computers took over!

In Leather Face (1939), Bhatt launched Mehjabeen, still at a tender age, and named her Baby Meena. This is how the legendary Meena Kumari was unveiled. She matured as an artist with each film, did scores of mythological movies and action flicks under Wadia Movietone before returning to her parent banner for Baiju Bawra in 1952. 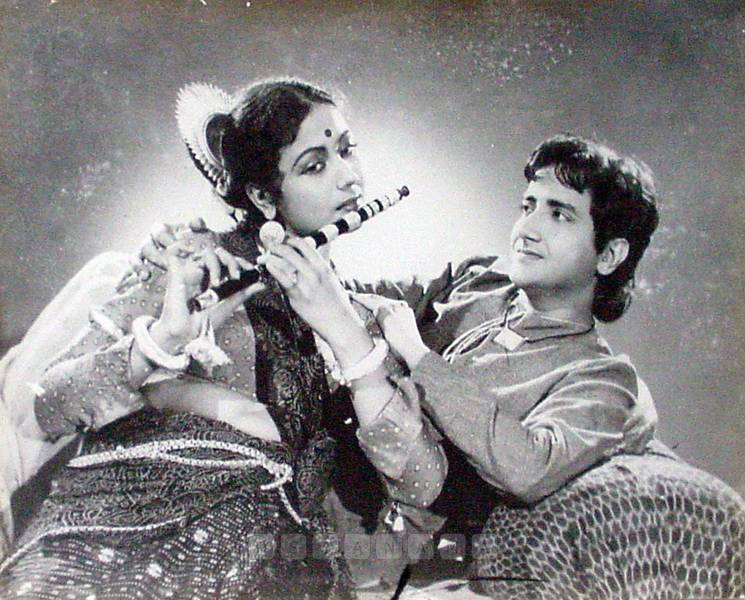 This colossal hit changed the fortunes of the actress, bagging her maiden Best Actress Award for the film. Bharat Bhushan, playing the title role opposite Meena, shot into the big league, and the music director, Naushad swept awards and accolades for that year. Vijay Bhatt was one of the earliest producers to spot the potential in Naushad with Mala in 1941.

In 1939, on his visit to Valsad to meet Gandhiji at the ashram, Bapu suggested a film on the saintly Gujarati poet Narsi Mehta. Bhatt signed the lead pair of Prabhat’s Sant Tukaram – Vishnupant Pagnis and Durga Khote and, after some meticulous research, made Narsi Bhagat (1940) in Hindi and Gujarati. The film was a hit, winning critical acclaim all over the country. 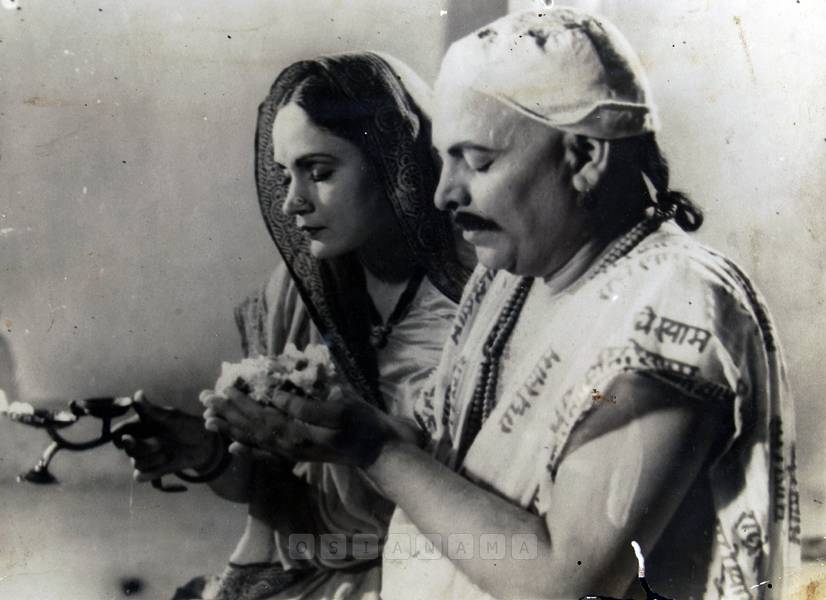 Buoyed by this success, Vijay Bhatt turned to Ramayana for inspiration for his next milestone. Bharat Milap (Hindi) / Bharat Bhet (Marathi) hit the theatres in 1942. Several historians and curators were taken aboard to develop this project. With Bharat’s unstinting devotion to Rama as the central theme, the film is considered the most authentic excerpt of the great epic on celluloid. Dr S Radhakrishnan was present at the premiere of the film at Majestic Cinema, Bombay. 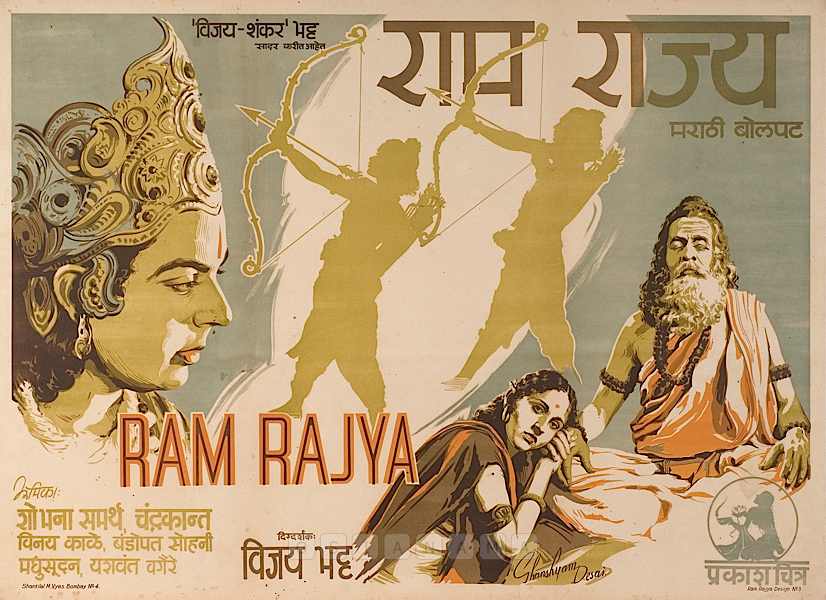 Vijay Bhatt moved from one milestone to another. Prem Adib (Hindi) / Chandrakant (Marathi) and Shobhana Samarth led the cast as Rama and Sita in yet another excerpt from Ramayana in Ram Rajya made 1943. Considered the most successful and authentic Ramayana musical ever made in the country, Ram Rajya also enjoys the distinction of being the only film viewed by Mahatma Gandhi in his lifetime. 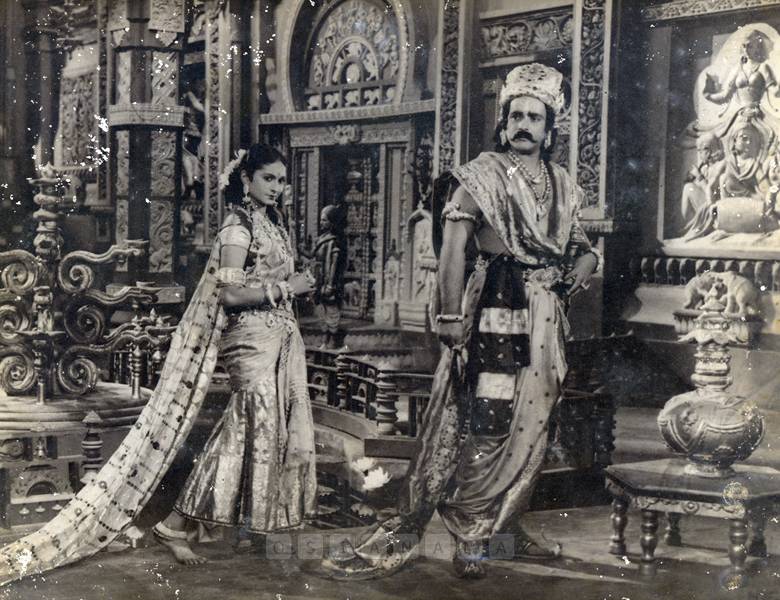 Next came the historical Vikramaditya (1945) where Prithviraj Kapoor played the title role. In 1959, with Goonj Uthi Shehnai, Vijay Bhatt introduced the celebrated shehnai player Ustad Bismillah Khan to the silver screen. The shehnai in the background score belonged to the Ustad when Rajendra Kumar played the instrument on screen.

Associated with more than 70 projects in his lifetime, Vijay Bhatt transformed into a legend. He won several awards and was felicitated by the government for Ram Rajya, but he was denied the Dadasaheb Phalke award despite being nominated. The doyen’s 100th birth anniversary was observed on 12 May 2007. He had four children – two sons Arun and Pravin, and two daughters. Pravin Bhatt is a noted cinematographer with over 80 films to his credit, and grandson Vikram Bhatt is a well-known director. His legacy continues. 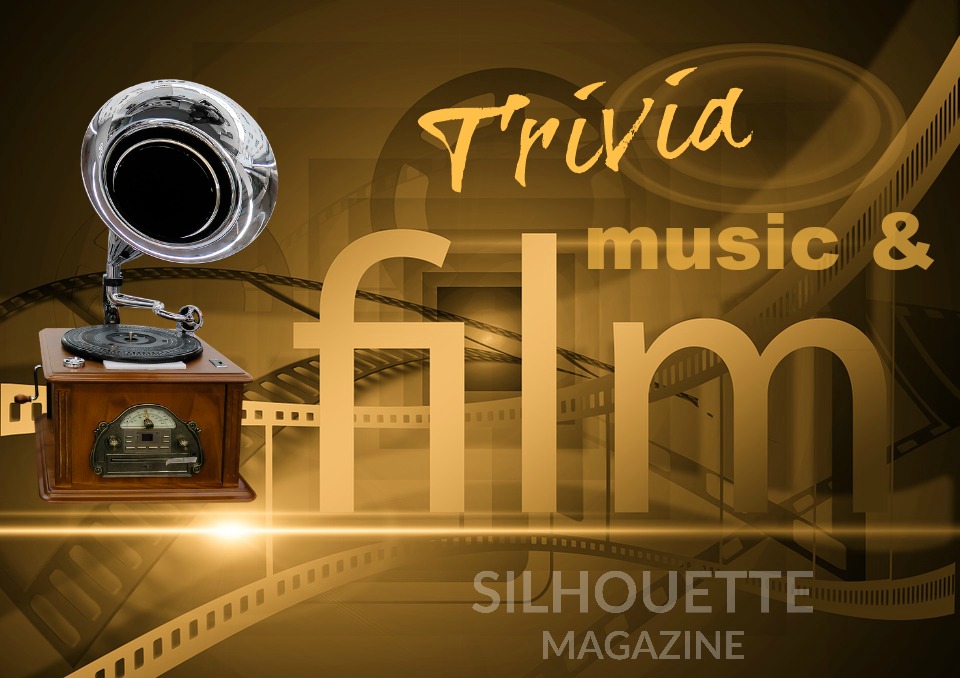 * Vijay Bhatt started as a storywriter, writing two plays for professional Gujarati stage and one of them, Lakho Phulani, fetched him Rs. 400 and ran successfully for one whole year. He then went on to write other stories.

* It was Ardeshir Irani, the managing director of The Royal Studios, known as the ‘Father of the Indian Talkies’ and the maker of Alam Ara,  who taught Vijay Bhatt how to write a screenplay when he selected his story for a film.

* Ardeshir Irani made two more films based on the stories by the Bhatt brothers. They were Pani Mey Aag and Ghulam (1929), both of which were directed by Nagendra Muzumdar.

* The Bhatt brothers, Vijay Bhatt and Shri Shankarbhai Bhatt founded the Royal Film Co. in partnership with a cousin and the first film to be produced under this banner was Black Ghost.

* Prakash Studios was built in 1934 at Andheri. The first film to be made there was Actress (Bambai ki Mohini), written and produced by Vijay Bhatt.

* Vijay Bhatt gave A R Kardar, a poster maker for foreign film distributors, his first acting assignment in Heer Ranjha, a silent film made under the banner of The Royal Film Company in an open air studio in Juhu. (Source: Vijaybhatt.net)

SMM Ausaja (5 Posts)
Film historian, author and archivist of vintage film memorabilia SMM Ausaja is Senior Vice President - Content at Fantico, the first Indian NFT platform. Based in Mumbai, Ausaja has collected, preserved, archived and restored a phenomenal collection of posters, movie stills, song synopsis booklets, lobby cards, glass slides, post cards, LP records and other film memorabilia over the last three decades. He is the author of Bollywood in Posters and has co-authored Bollywood: The Films! The Songs! The Stars! He can be contacted on smmausaja@hotmail.com
All Posts of SMM Ausaja

SMM Ausaja (5 Posts)
Visit My Blog
Film historian, author and archivist of vintage film memorabilia SMM Ausaja is Senior Vice President - Content at Fantico, the first Indian NFT platform. Based in Mumbai, Ausaja has collected, preserved, archived and restored a phenomenal collection of posters, movie stills, song synopsis booklets, lobby cards, glass slides, post cards, LP records and other film memorabilia over the last three decades. He is the author of Bollywood in Posters and has co-authored Bollywood: The Films! The Songs! The Stars! He can be contacted on smmausaja@hotmail.com