The Early Works of Buddhadeb Dasgupta

Buddhadeb Dasgupta is a filmmaker with a rare sensibility towards the visual image. Unorthodox in terms of storytelling techniques, Dasgupta’s early films in the first two decades spellbound the audience with the depth of philosophical quest within a gamut of visual experience. Amitava Nag writes. 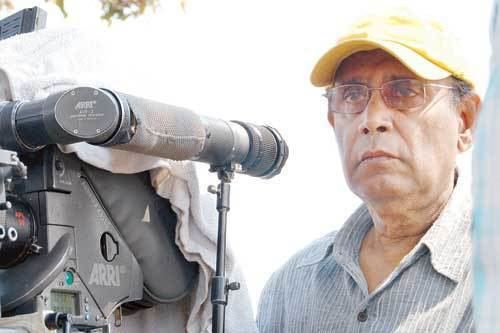 “When I look at a painting for sometime I begin to see images beyond the lines on the canvas. In poetry I perceive a pattern arising from the verbal signs, which appears, shifts and dissolves in the mind. When I began to make films, my only desire was to produce those non static images that I had seen behind closed eyes.”                    —Buddhadeb Dasgupta

Almost thirty years after his first feature film Dooratwa (Distance), Dasgupta still weaves an aura of unreality intermingled with fantasy, where a loner fights a grim battle to survive with his esoteric dreams.

Dasgupta strongly feels that he is answerable to his times. Over the span of thirty years, the fourteen feature films that he has directed are dissimilar in mood and in style and bear the stamp of a changing persona behind the lens.   He started his journey with the examination of complex inter- and extra-personal psychology in the face of chaos and despair in his ”humanist” trilogy—Dooratwa (Distance, 1978), Grihayuddha (Crossroads, 1982) and Andhi Gali (Cul-de-Sac, 1984). 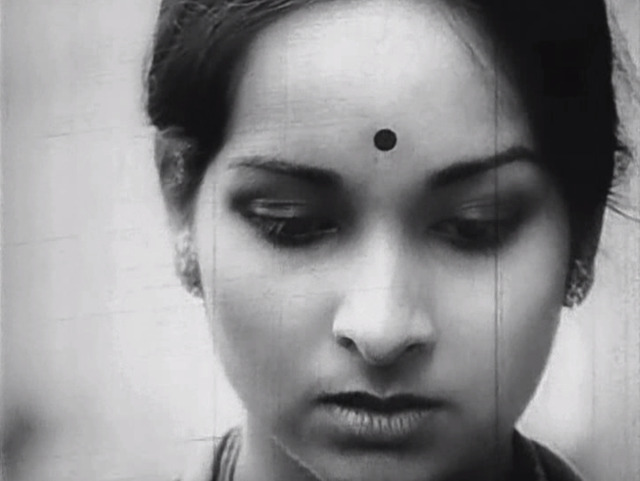 The next decade (1988–1998) led him to poignantly depict the crisis engulfing the creativity of an artist, his dilemma of compromise, integrity and non-communication in the stylistic films of this era: Fera (The Return, 1988), Bagh Bahadur (Tiger Man, 1989), Charachar (The Shelter of Wings, 1993).

With the Special Director’s award for Uttara (2000) at the Venice Film Festival, his third decade in filmmaking commenced. However, in this short introduction of the director, we will confine ourselves to Dasgupta’s creations spanning the first two decades—denoted as ”early films” henceforth in this piece.

In A Dictionary of Symbols (London, 1962), Herbert Read said, “Man, it has been said, is a symbolising animal.” Truly, Dasgupta’s early films rely largely on symbols as he carefully eschews the conventional art of story telling. And he almost always starts with a theme rather than a story. 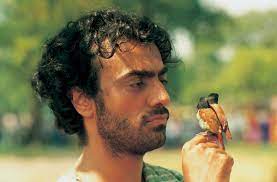 Rajat Kapoor in Charachar (The Shelter of Wings, 1993)

Generally, the central theme has always been  longing—for food in Neem Annapurna (Bitter Morsel), or for the lover, for revolt , for dreams, and for the relentless existence of primitive art forms.

In all of Dasgupta’s films of the first decade, long narrow lanes populated by solitary figures were used as a motif signifying the stifling world in which we live. His next decade of films dealt with the loneliness of human beings in the magnificent mise-en-scene of the picturesque landscapes, coping with the staggering mélange of human psychology—memory, alienation, disillusionment, obsessions, perceptions, insecurities, and dreams. In both Fera and Charachar, the constant chirping of birds on the sound track symbolizes the inherent tragic loneliness of individuals. The other motif that appears repeatedly in almost all of Dasgupta’s films and mesmerizes us with its intrinsic power to communicate are doors. The half-closed door in Fera symbolizes the ignorance of a child towards the relationship between his mother and the central character. In Charachar, the fully open door brings new hope to the bird catcher, after the door leading to his wife finally closed itself to him. And in Lal Darja, the child could open a number of doors with his magic chant, something that he failed to open upon growing up. 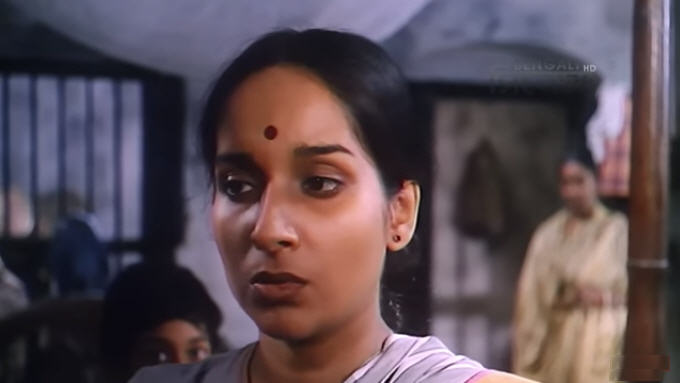 In his works, Dasgupta portrays “a person in his/her crises, with conflicts, tensions and the loneliness of nonconformity to existing structures.”   He shows “man or woman responding and reaching to, as also absorbing and rejecting, their surroundings, and trying to establish a meaningful communication between fellow human beings. They discover their identity through a faith which enables them to dare to dream of finding acceptance one day.” Geography plays a very important role in framing his shots. The vast landscapes cut to mid-shots of series of passing individuals depicting passage and connection to ”roots.” In postmodern reading, Dasgupta’s films shift their centers and bring a sense of an inevitable, impending doom emerging from the curse called “modern India” whose indigenous culture is mutilated and subjugated by a false sense of Western dependency.

These multifarious films dwell with facts that get impeccably juxtaposed with fantasy. It disturbs our inner credentials as human beings with the ultimate longing for a better tomorrow. And like Buddhadeb Dasgupta, we start to believe, “The point is not to make a living by making films. The point is to participate in experience.”

The Colour of Aesthetics

The Golden Thread of Bengali Cinema: A Journey Through 100 Years

Whether you are new or veteran, you are important. Please contribute with your articles on cinema, we are looking forward for an association. Send your writings to [email protected]

Amitava Nag (75 Posts)
Amitava Nag is an independent film critic based in Kolkata and editor of Silhouette. His most recent books on cinema are Murmurs: Silent Steals with Soumitra Chatterjee, 16 Frames and Smriti Sattwa o Cinema. His earlier writings include the acclaimed books Satyajit Ray’s Heroes and Heroines published by Rupa and Beyond Apu: 20 Favourite film roles of Soumitra Chatterjee published by Harper Collins India. He also writes poetry and short fiction in Bengali and English – observing life in a platter. He can be reached at amitavanag.net.
All Posts of Amitava Nag

Amitava Nag (75 Posts)
Visit My Blog
Amitava Nag is an independent film critic based in Kolkata and editor of Silhouette. His most recent books on cinema are Murmurs: Silent Steals with Soumitra Chatterjee, 16 Frames and Smriti Sattwa o Cinema. His earlier writings include the acclaimed books Satyajit Ray’s Heroes and Heroines published by Rupa and Beyond Apu: 20 Favourite film roles of Soumitra Chatterjee published by Harper Collins India. He also writes poetry and short fiction in Bengali and English – observing life in a platter. He can be reached at amitavanag.net.

Though He Actually Never Met Her...
Golden Voices