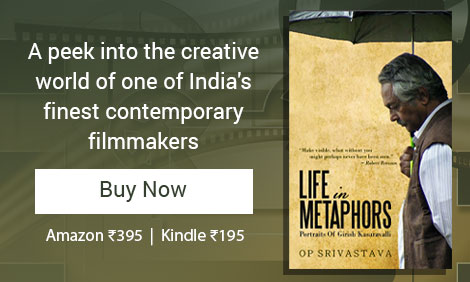 Soumitra Chatterjee – A Habit of Our Lives

Soumitra Chatterjee over-encompasses the contemporary Bengali psyche like few others. Silhouette editor Amitava Nag had the privilege of knowing him for a while in the course of writing a book – Beyond Apu: 20 Favourite Film Roles of Soumitra Chatterjee. And thereafter for over a decade, quite frequently. This article is an attempt at an objective tribute to the magnificence of a true legend. 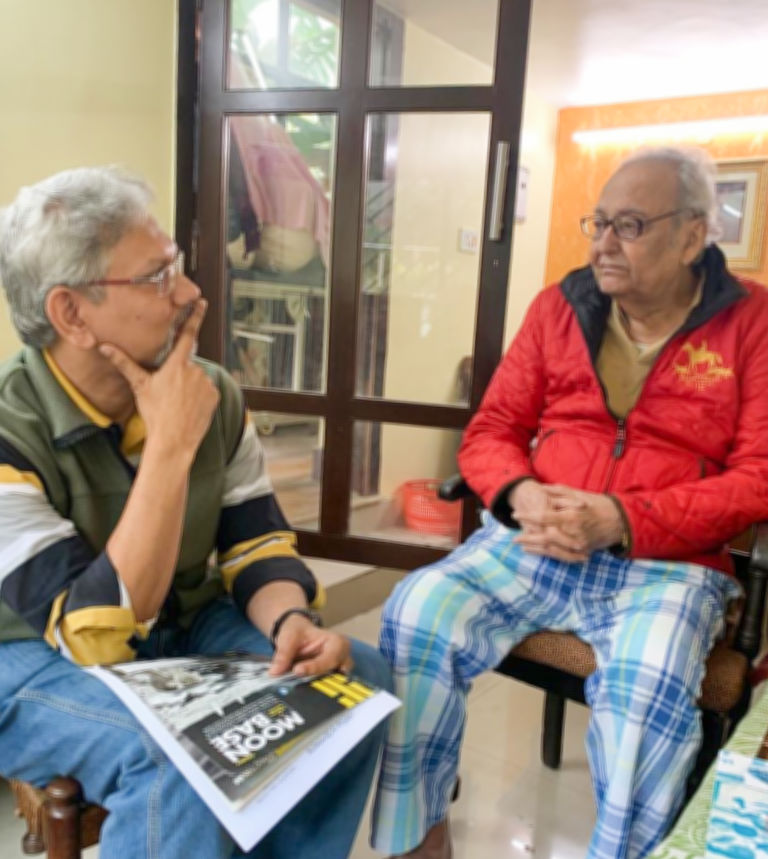 Soumitra Chatterjee has been my way of life. He is, for many Bengalis even if he passed our stage of life four decades ago. This is one classic test that he endured like his mentor Satyajit Ray. But even apart from the towering shadow of Ray, Soumitra carved out an image of him which he fostered over a period of time, so much so that even younger generations can’t but try to emulate him. Be it the dreamer in Apu (Apur Sansar) or Amal (Charulata), the charismatic sleuth in Feluda (Sonar Kella), the casual romantic in Teen Bhuvaner Paare (twisting his way to impress Tanuja) and Basanta Bilap or the fairy-tale villain Mayur Bahan in Jhinder Bandi, Soumitra had played it all. He was a successful hero in commercial films and yet never shied away from doing character roles in between. How else can we get an Aghor in Sansar Seemante, a Gangacharan in Ashani Sanket or a Khsit-da in Koni? He showed that the actor prevails and not the star breaking his star image so many times to nurse the actor inside. Deserving of the Best actor award at the Indian National Film awards for at least 20-25 films he had to be content with only one for Padakshep which is not a major film anyway. Whether his marked lineage with the Leftist power-at-helm in West Bengal for three decades has anything to do with it, we will never know. Rejecting the Padamshri at a young age never helped either.

What sets Soumitra apart? Almost everything. He is a complete creative person – a poet, an elocution artist, an editor for two decades of one of Bengal’s most versatile literary magazines, a painter and an actor. He has published volumes of his prose selections, play anthologies and poetry collections. A rarity, notwithstanding.

Oh, he also acted in probably over 300 films or whatever the number is. Keeping aside 14 of Satyajit Ray’s films, he had acted with all the major directors of Bengal barring Ritwik Ghatak. He remained ingrained to his culture and never wanted to move to Hindi films for the lure of money. In recent times he lamented for not trying the Arabian shores if not for anything else but for financially securing the last strides of his illustrious life.

An excerpt from a long interview taken in the summer of 2014, where Soumitra Chatterjee spoke on his mentor Satyajit Ray.

As the legacy of cinematic wealth of Bengal started dwindling since the mid or late seventies, his creative thirst was satiated in theatre. Unlike in film where he remained only an actor, in theatre Soumitra Chatterjee became the writer (most of his plays are adaptations of foreign plays, though the adaptations are truly Indian and Bengali in spirit) and also the director apart from being the lead actor. True, probably his star image benefited his theatre in the initial days, but it is his range of topics and his strength of characterization that kept the audience interested for more than four decades. At least with Neelkantha, Tiktiki and Raja Lear Soumitra reached insurmountable heights, and these will be included in any serious discussion on Soumitra as an actor – both in films and on stage. 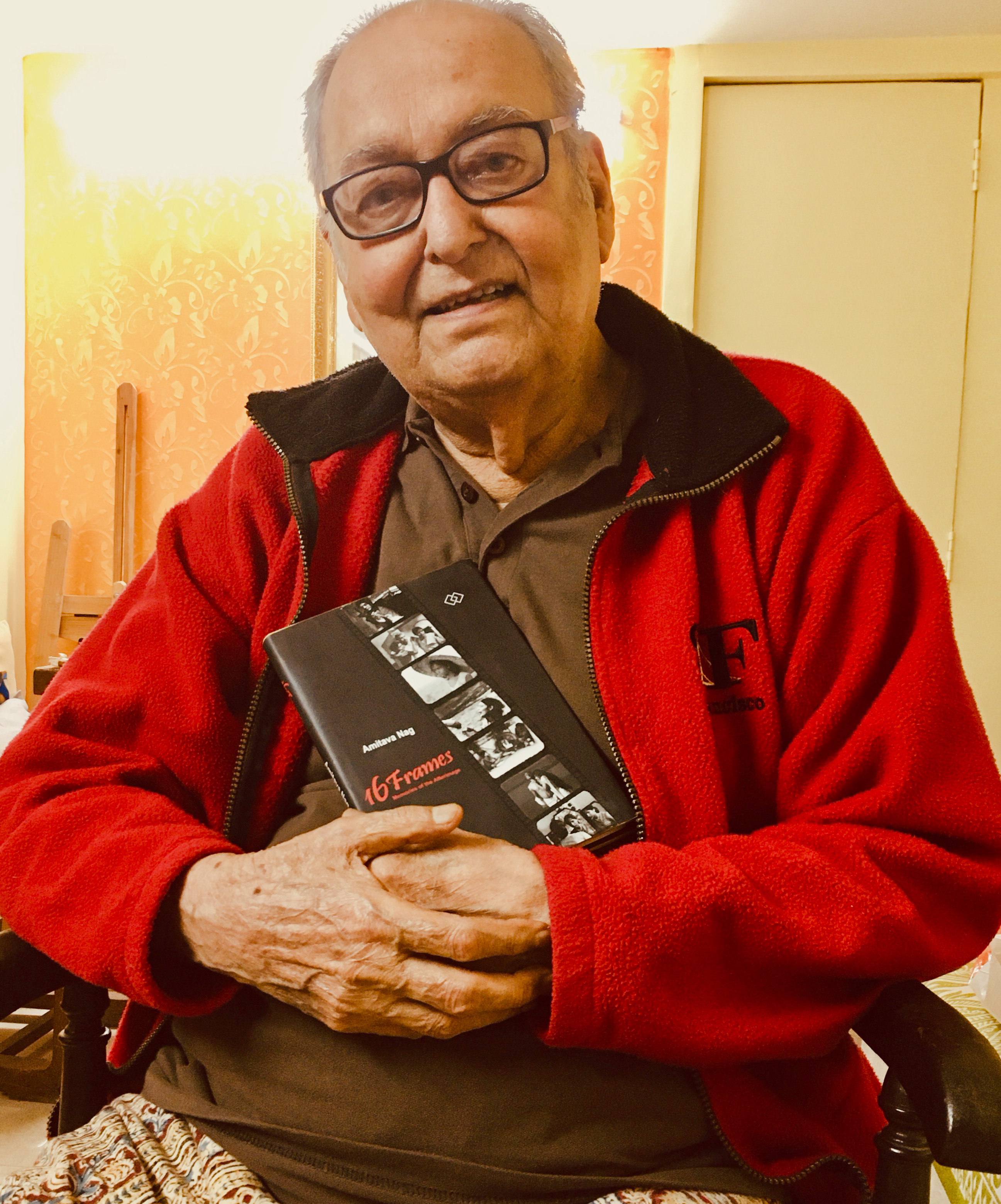 Soumitra Chatterjee holding 16 Frames, a collection of essays on cinema by Amitava Nag

I find no parallel to Soumitra as an actor in Bengal. There were excellent film actors. But none of them had his range – from the youth to the middle-aged citizen to the old Samaritan, Soumitra played all with equal élan. He matured gracefully having remarkable expositions of acting prowess at different age ranges. In his youth Soumitra would have any day fitted in the role of Aryanil, Sushovan’s son in Atanu Ghosh’s Mayurakshi. But who could have played Sushovan’s character in an industry which celebrated its centenary last year? And then there were legendary stage actors, but none could match his success on screen.

Soumitra will remain till date the only successful bridge between theatre and films in Bengal.

In my interactions with him for the book on him (Beyond Apu: 20 Favourite Film Roles of Soumitra Chatterjee, Harper Collins India, 2016) and my English translations of his selected poems (Walking Through the Mist, Dhauli Books, 2020) Soumitra comes across to me as an overtly curious person. Sensitive he is, like most artists. But the one fact that probably steers him ahead of many others pursuing the finer qualities is his penchant to remain childlike at heart.  And, his non-diminishing energy to be surprised by the small nuances of life. He would let me know the new books he read and what he found interesting in them. And would want to hear what I was reading. We discussed poetry, the nuances of language, the delicate inadequacies of it as well. 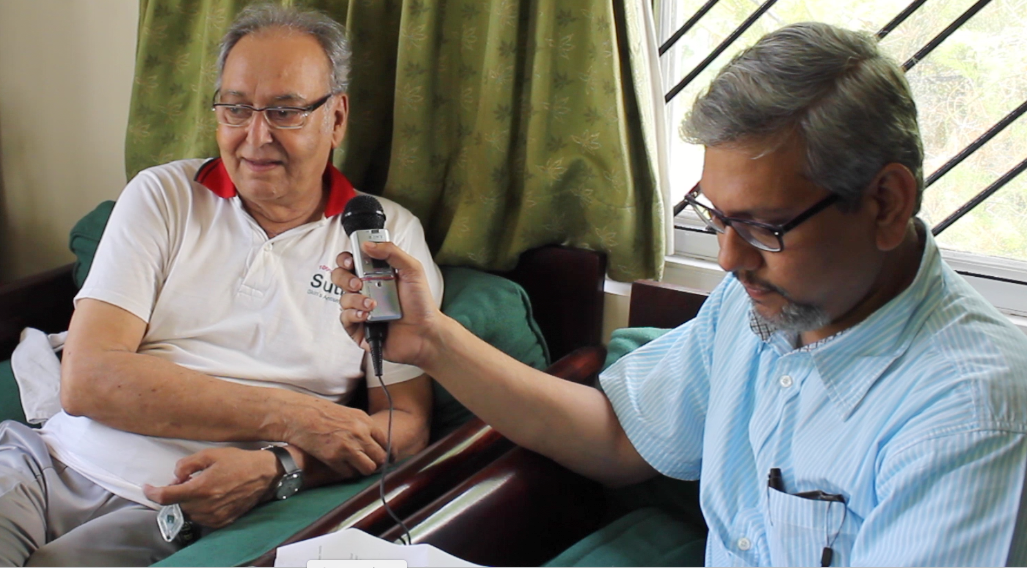 One of my many interview sessions with Soumitra Chatterjee

Since 2019, after his return from hospital in August he has had less work. He didn’t keep well and dependency on medicines were on a rise. He fell down more than once but every time he would rise from the ashes, metaphorically. He would call me often and asked me to come over only after he would inquire in his customary hesitant way “এই এমনিই করলাম । কী করছো আজ সন্ধেবেলা? ফ্রি থাকলে চলে এসো না, অনেকদিন কথা হয়নি|” (“I called just like that. What are you busy with this evening? Why don’t you come over if you are free. Didn’t chat for a while”). Many of his poems were melancholic, and in one of our conversations he confessed how the evenings pile upon him with the numbness of solitude.

Since March 2020, with the Covid situation it was only phone calls that we exchanged. We discussed deaths. We discussed partings. We discussed the trivial insufficiencies in our lives. And every call ended with me assuring a visit the moment things turn towards normal. Looking back today, I feel so vague, so vacuous in our promises when the only certain future is the uncertain turns of the blind alley.

The last few weeks have been stressful for me. The anxiety over his health was erosional and fake news in the social media was derisive. I assume that most people have probably found it too difficult to harness their emotions and ended up being crude, unempathetic. But as a whole, the huge crises that the Bengali psyche suddenly found itself inflicted during the Durga Puja this year is because Soumitra Chatterjee is a way of life for the Bengalis, for at least 3 generations. Borrowing from Tagore’s Sesher Kabita, Soumitra was both the pitcher of water at the corner of the room for our daily chores as well as the lake we would wish to submerge us in search of peace and profundity. He is a way of life, a habit in our pursuit of meaning in insignificant daily passages.

For me, and for many, it will be difficult to accustom ourselves with a different habit. From now on.

Amitava Nag and Soumitra Chatterjee at the book launch.

I Can Act in Any State of Mind: Soumitra Chatterjee Interview

2 thoughts on “Soumitra Chatterjee – A Habit of Our Lives”