The Journey from Books to Celluloid

It is true that making a film from a book is a tedious enterprise as it’s difficult to capture the essence of a novel in about two hours. But then it is not an impossible task as films like The Godfather and Pather Panchali have shown.

Never judge a book by its movie.
~J.W. Eagan

Traditionalists will always argue that a film never does justice to a good book and that one should never judge a book by its film. It is true that making a film from a book is a tedious enterprise as it’s difficult to capture the essence of a novel in about two hours. But then it is not an impossible task as films like The Godfather and Pather Panchali have shown. 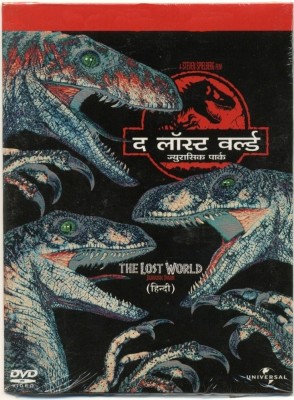 These two films are excellent examples of a film adaptation of a book and demonstrate how a film can be true to it’s source, in this case the novels written by Mario Puzo and Bibhutibhushan Bandhopadhyay respectively. Many great films have been adapted from great books. We try to highlight some of these which should be read as well as watched.

JURASSIC PARK: The novel by Michael Crichton was adapted for the screen by Steven Spielberg as a science fiction thriller film. The fictional island of Isla Nublar is the focus of this book where scientists have created an amusement park of cloned dinosaurs.

Spielberg acquired the rights of the novel before it was published in 1990, hired Crichton to adapt his novel and made the movie in 1993. It is not only a landmark film for computer generated imagery but was the most successful film of all time at the time of it’s release. 1997 saw the sequel The Lost World also adapted into a film by Spielberg. 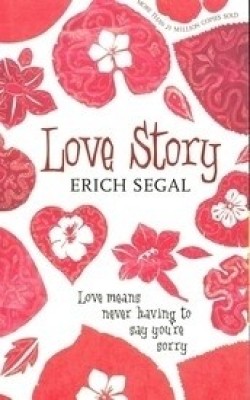 LOVE STORY: “What can you say about a twenty-five year old girl who died? That she was beautiful and brilliant. That she loved Mozart and Bach. The Beatles. And me.”

We have all cried when we first read Erich Segal’s best selling novel Love Story. Segal originally wrote the screenplay and sold it to Paramount. While the movie was in production, Paramount wanted Segal to write a novel to help pre-publicize the movie’s Valentine’s Day release.

When the novel was released, it became a runaway best seller on its own ahead of the movie release. Directed by Arthur Hiller Love Story starred Ali MacGraw and Ryan O’Neal and also marked the film debut of Tommy Lee Jones.

From 1970 to 1984 Jennifer was the most popular name for baby girls in the United States thanks to the popularity of the book and the movie. The line “Love means never having to say you’re sorry” has entered popular culture too.

“Not just a story–Love Story is an experience: The reader who responds to this little book will feel less like a reader than an unwritten Segal character, living it all out from the inside… In this ‘love story’ you are not just an observer.”–Christian Science Monitor.

To Kill a Mockingbird

TO KILL A MOCKINGBIRD: This Pulitzer Prize winning novel by Harper Lee was published in 1960 and is a classic of modern American fiction. It stands out for it’s warmth and humor despite dealing with the serious issues of rape and racial inequality.

In 1962 the film was made, directed by Robert Mulligan and starred Gregory Peck in the role of Atticus Finch, the narrator’s father and the most enduring fictional image of racial heroism.

ONE FLEW OVER THE CUCKOO’S NEST: Milos Forman directed the film in 1975 adapting Ken Kesey’s 1962 novel and the movie bagged all five major Academy Awards, a first since It happened one night in 1934.
The title is derived from an American children’s folk rhyme.

Wire, briar, limber-lock
Three geese in a flock
One flew east, one flew west
And one flew over the cuckoo’s nest

Jack Nicholson gives an unforgettable performance as a criminal who is transferred to a mental institution but is actually faking deranged behaviour in the hope of an easier sentence. 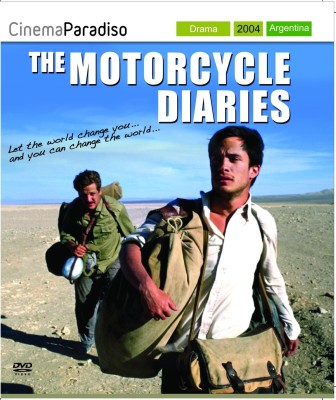 THE MOTORCYCLE DIARIES: Originally titled Das Kapital meets Easy Rider this book traces the early travels of Marxist revolutionary Che Guevara as a 23 year old medical student along with his friend Alberto Granado as they travel 8000 miles on a rusty old motorcycle across South America.

The book is based on Che’s diaries and additional context was supplied by Back on the Road: A Journey Through Latin America by Granado.

A CLOCKWORK ORANGE: In 1971 Stanley Kubrick made a terrifying film adaptation of Anthony Burgess’s 1962 satiric, futuristic novel. The title is derived from an old Cockney expression, “as queer as a clockwork orange” being the adventures of a young man whose principal interests are rape, ultra violence and Beethoven till he is reformed by a classical conditioning technique. Or is he ?

Read the book and watch the film to find out and experience the pun filled language called Nadsat: a unique combination of English, Russian and slang. 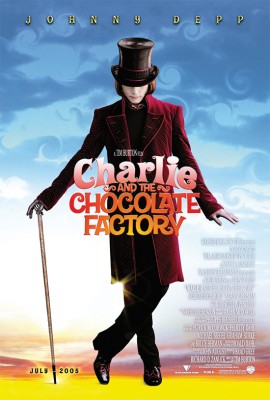 Charlie and the Chocolate Factory

CHARLIE AND THE CHOCOLATE FACTORY: The Harry Potter Series by J K Rowling and J R R Tolkien’s Lord of The Rings springs to mind when one considers children’s literature. But my pick of the best film adaptation of a children’s book would be Charlie and the Chocolate Factory, written by Roald Dahl and directed by Tim Burton.

The story of the adventures of little Charlie Bucket inside the chocolate factory of eccentric candymaker Willy Wonka, essayed to perfection by Johnny Depp is one of the most beloved children’s stories of the 20th century. And the film does justice to the book. Recommended for all chocoholics and film buffs.

Closer to home, the works of Hindi writer Gulshan Nanda come to mind whose frothy romances were made into blockbusters like Saawan Ki Ghata, Patthar ke Sanam, Kati Patang, Jheel ke us Paar and Jugnu.

In 1978 Shyam Bengal made the classic, Junoon centering around the infatuation of a Pathan (Shashi Kapoor) for his Anglo Indian captive (Nafisa Ali) set in the backdrop of the mutiny of 1857. Junoon was based on a short story by Ruskin Bond titled A Flight of Pigeons. 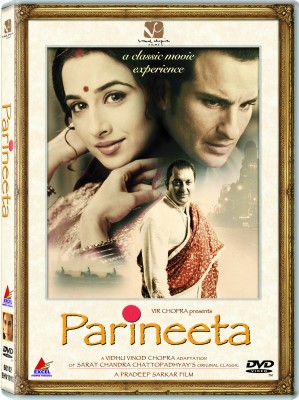 Everybody screams Devdas when the great writer Sarat Chandra Chatterjee is mentioned. But his novella of romance between a spoilt rich brat and his loveable, orphaned neighbour inspired Bimal Roy’s 1953 film starring Ashok Kumar and Meena Kumari and Vidhu Vinod Chopra’s 2005 version had Saif and Vidya Balan. The film was Parineeta.

Books will always inspire films to be made. My only request to filmmakers is that there is a simple formula which should be followed for making a film adaptation of a book. Keep the original screenplay as true as possible to the original content of the author. If one can do that cinematic magic is ensured. If not the critics would probably bomb you.

Got a poem, story, musing or painting you would like to share with the world? Send your creative writings and expressions to [email protected]

Tags: a clockwork orange, books and movies, charlie and the chocolate factory, devdas, jurassic park, love story, one flew over the cuckoo's nest, parineeta, swayam ganguly, the motorcycle diaries, to kill a mockingbird

Adaptations from Tagore: Two Love Poems, and a Song of Saudade
Poems

“A new experience can be extremely pleasurable, or extremely irritating, or somewhere in between, and you never know until you try it out.” ― Lemony Snicket,
More